Uphold And Defend What?

HHS Secretary and former Kansas Gov. Kathleen Sebelius swore an oath to protect and uphold the Constitution. Since then, it’s apparently been out of sight, out of mind.

Comments Off on Uphold And Defend What? |

Comments Off on Gunwalker: Meanwhile, the cover-up continues. |

If You Turned On The News Over The Weekend

By now you probably want to just sit down to a nice dog. 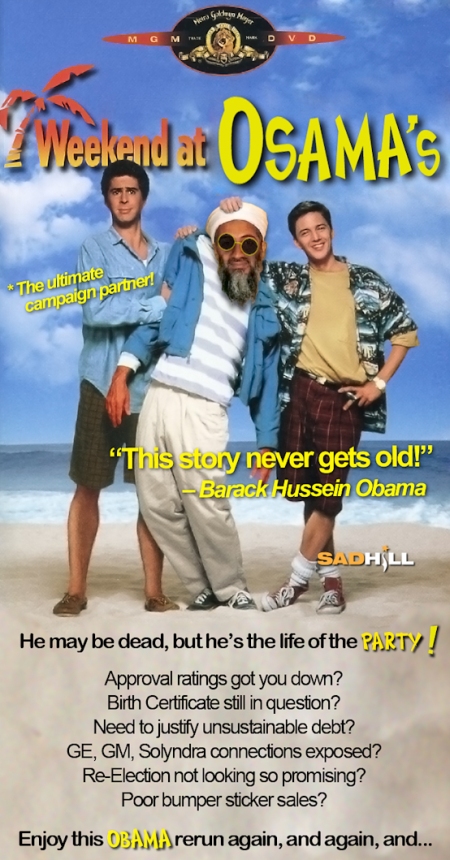 OK, let’s try this. How dumb does Obama think the American people are?

EPA official Al Armendariz who rocketed to infamy last week because of 2010 comments about “crucifying” industry, resigned from the agency.

LOL, when does the EPA resign from America?

Isn’t this what progressives want? Did Justice Ginsburg say this was the goal of abortion all along? Where you been hiding? The NAZIs only mistake is they did it in the open, not behind doctor’s closed doors.

What about the morality of it all?

And you doubted that misanthropy is the prime motivation of Greenies?  Indians are good people who suffered much under Muslim rule then under socialist rule and now this.  This is especially grievous to me as I know Indians well and think highly of them.  I have been to India three times and there are always brown faces in my house

Tens of millions of pounds of UK aid money have been spent on a programme that has forcibly sterilised Indian women and men, the Observer has learned. Many have died as a result of botched operations, while others have been left bleeding and in agony. A number of pregnant women selected for sterilisation suffered miscarriages and lost their babies.

The UK agreed to give India £166m to fund the programme, despite allegations that the money would be used to sterilise the poor in an attempt to curb the country’s burgeoning population of 1.2 billion people.

Sterilisation has been mired in controversy for years. With officials and doctors paid a bonus for every operation, poor and little-educated men and women in rural areas are routinely rounded up and sterilised without having a chance to object. Activists say some are told they are going to health camps for operations that will improve their general wellbeing and only discover the truth after going under the knife.

Court documents filed in India earlier this month claim that many victims have been left in pain, with little or no aftercare. Across the country, there have been numerous reports of deaths and of pregnant women suffering miscarriages after being selected for sterilisation without being warned that they would lose their unborn babies.

Yet a working paper published by the UK’s Department for International Development in 2010 cited the need to fight climate change as one of the key reasons for pressing ahead with such programmes. The document argued that reducing population numbers would cut greenhouse gases, although it warned that there were “complex human rights and ethical issues” involved in forced population control.

The latest allegations centre on the states of Madhya Pradesh and Bihar, both targeted by the UK government for aid after a review of funding last year. In February, the chief minister of Madhya Pradesh had to publicly warn off his officials after widespread reports of forced sterilisation. A few days later, 35-year-old Rekha Wasnik bled to death in the state after doctors sterilised her. The wife of a poor labourer, she was pregnant with twins at the time. She began bleeding on the operating table and a postmortem cited the operation as the cause of death.

Earlier this month, India’s supreme court heard how a surgeon operating in a school building in the Araria district of Bihar in January carried out 53 operations in two hours, assisted by unqualified staff, with no access to running water or equipment to clean the operating equipment. A video shot by activists shows filthy conditions and women lying on the straw-covered ground.

Human rights campaigner Devika Biswas told the court that “inhuman sterilisations, particularly in rural areas, continue with reckless disregard for the lives of poor women”. Biswas said 53 poor and low-caste women were rounded up and sterilised in operations carried out by torchlight that left three bleeding profusely and led to one woman who was three months pregnant miscarrying. “After the surgeries, all 53 women were crying out in pain. Though they were in desperate need of medical care, no one came to assist them,” she said.

The court gave the national and state governments two months to respond to the allegations.

Activists say that it is India’s poor – and particularly tribal people – who are most frequently targeted and who are most vulnerable to pressure to be sterilised. They claim that people have been threatened with losing their ration cards if they do not undergo operations, or bribed with as little as 600 rupees (£7.34) and a sari. Some states run lotteries in which people can win cars and fridges if they agree to be sterilised. 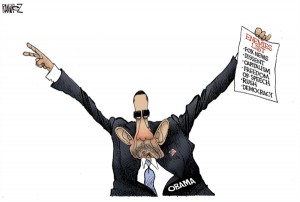 Obama names names … Didn’t Nixon do that? And didn’t the press go nuts. What’s up with the press now.

On Thursday, Kimberley Strassel wrote at the Wall Street Journal that yes, he does, and it appears to include anyone who contributes to Mitt Romney, the presumptive GOP nominee.

Guess we just got dump the guy.

Rush Limbaugh goes on offense against Media Matters for America

After conservative radio talker Rush Limbaugh’s remarks about Georgetown Law School student and contraception activist Sandra Fluke made him a political lightning rod, it was the liberal Media Matters for America that pressured his advertisers in a bid to force his program off the airwaves. Now Limbaugh is taking the fight back to Media Matters.

A new section of Limbaugh’s website, mediamatters.rushlimbaugh.com, is now devoted to combating the activist group.

“Media Matters is a left-wing political operation created to censor conservative media through blacklisting and intimidation of advertisers,” reads the headline at the top the page.

Limbaugh had already launched Twitter accounts and added their reach to his existing radio audience in an effort to return fire against left-wing groups — particularly Media Matters — that targeted his advertisers and affiliates. Some industry observers concluded that the controversy caused only minimal damage to the talk radio king.

Brian Glicklich, a spokesman for Limbaugh, told The Daily Caller that the project was designed to be a central source of information for listeners who want to know what Media Matters is all about.

“The purpose of this page is to act as a point of reference for people looking for the facts about Media Matters — which is, of course, very different than the way they describe themselves,” Glicklich said. “It will be updated frequently.”

We’re with you Rush.