Gingrich: Senator told me networks may have White House emails commanding counterterrorism group to stand down on Benghazi rescue

Apparently this is true, there are at least two network outlets that have the emails, that tell our troops to stand down and they come from the White House DSA’s office.

You didn’t think Obama would want a paper trail, which is why the DSA sent the military orders to stand down.

On Tuesday night’s “On the Record with Greta Van Susteren” on the Fox News Channel, former House Speaker Newt Gingrich said that major news networks might have secret emails proving that the White House canceled plans to assist the besieged U.S. consulate in Benghazi.

Gingrich said that the bombshell emails could be revealed within the next two days.

“There is a rumor — I want to be clear, it’s a rumor — that at least two networks have emails from the National Security Adviser’s office telling a counterterrorism group to stand down,” Gingrich said. “But they were a group in real-time trying to mobilize marines and C-130s and the fighter aircraft, and they were told explicitly by the White House stand down and do nothing. This is not a terrorist action. If that is true, and I’ve been told this by a fairly reliable U.S. senator, if that is true and comes out, I think it raises enormous questions about the president’s role, and Tom Donilon, the National Security Adviser’s role, the Secretary of Defense Leon Panetta, who has taken it on his own shoulders, that he said don’t go. And that is, I think, very dubious, given that the president said he had instructions they are supposed to do everything they could to secure American personnel.”

After noting that the rumor, if true, would have a substantial impact on the presidential election, Gingrich pointed to another possible “October surprise” in the coming days.

“The other big story, I think, that is going to break is on corruption and extraordinary waste in the solar power grants and direct involvement by the Obama White House, including the president, in the solar panel grants involving billions of dollars, and I suspect that’s going to break Wednesday and Thursday of this week,” Gingrich added.

Up to 32 Americans were denied military assistance at the consulate and CIA safe house.

The few media that are covering the abandonment of Americans in Benghazi have focused — and not without merit — on the four Americans that perished over the course of the seven-hour battle.

Ambassador Chris Stevens and diplomat Sean Smith were not the only Americans in the U.S. consulate in Benghazi, however, a fact some of us have lost sight of in our focus on the dead. Nor were Glen Doherty and Ty Woods the only casualties among the forces that disobeyed orders from the Obama administration not to rescue the consulate staff.

When terrorists surrounded the consulate at approximately 8:00 p.m. Benghazi time with 150 men and “technicals” — pickup trucks with heavy machine guns, bearing the logo of Ansar al-Shariah — Stevens and Smith were part of a larger American delegation numbering somewhere between 7-24.

We’re forced to say “approximately” because it has been difficult to determine through media accounts the exact number of Americans inside the consulate.

Change At The Pump 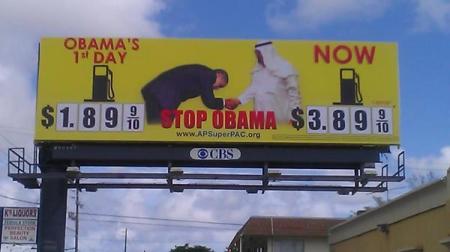 Comments Off on Change At The Pump |

This is just a little motion graphics video I put together to get people excited about the election. I was not hired or paid to create this.

All music credit goes to the amazingly talented people at AudioMachine.com.

If you care to see any of my non-political music video work, visit DirectorChrisCorrado.com.

Big Government Can Do Nothing: RECOVERY BEGINS AS MILLIONS IN DARK WONDER: WHAT NOW? 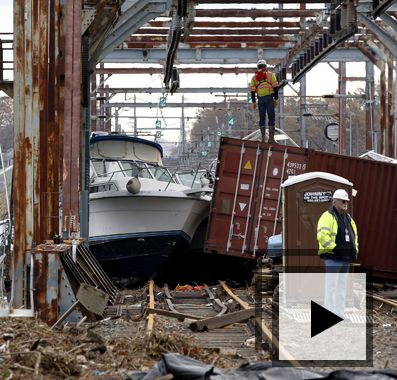 While most Americans prepare for Halloween tonight, more than 6 million people living up and down the East Coast face another nightmarish day without power and heat, and the daunting task of rebuilding lives and homes as death toll from Sandy rises to 61 and an estimated $50 billion in combined economic losses and property damage, as debris is seen scattered over an N.J. Transit railroad bridge in South Amboy.

Comments Off on Big Government Can Do Nothing: RECOVERY BEGINS AS MILLIONS IN DARK WONDER: WHAT NOW? |

Somebody is shading the truth…

Here’s what the relevant portion of Marchionne’s memo, published in full at the Detroit News  actually says:

We also are investing to improve and expand our entire U.S. operations, including our Jeep facilities. The numbers tell the story:

– We will invest more than $1.7 billion to develop and produce the next generation Jeep SUV, the successor of the Jeep Liberty — including $500 million directly to tool and expand our Toledo Assembly Complex and will be adding about 1,100 jobs on a second shift by 2013.

– At our Jefferson North Assembly Plant, where we build the Jeep Grand Cherokee, we have created 2,000 jobs since June 2009 and have invested more than $1.8 billion.

– In Belvidere, where we build two Jeep models, we have added two shifts since 2009 resulting in an additional 2,600 jobs.

With the increase in demand for our vehicles, especially Jeep branded vehicles, we have added more than 11,200 U.S. jobs since 2009. Plants producing Jeep branded vehicles alone have seen the number of people invested in the success of the Jeep brand grow to more than 9,300 hourly jobs from 4,700. This will increase by an additional 1,100 as the Liberty successor, which will be produced in Toledo, is introduced for global distribution in the second quarter of 2013.

Comments Off on Marchionne’s letter on Jeep production in U.S. |

The significance of yesterday’s shock announcement by our Energy Minister John Hayes that the Government plans to put a firm limit on the building of any more onshore windfarms is hard to exaggerate. On the face of it, this promises to be the beginning of an end to one of the greatest and most dangerous political delusions of our time.

On Sunday, temperatures were as cold as Moscow.

Unclear on the concept: Darrell West, a warmist director at the Brookings Institution, attempts to use three feet of October snow in West Virginia as evidence that CO2 is overheating the planet

Sandy reminds us of climate change and other forgotten campaign issues – CNN.com

With flooding in NYC and 3 feet of snow in W VA, isn’t it time for candidates to address climate change and extreme weather,” tweeted Darrell West, a director at the Brookings Institution, a public policy think tank.

Let me just say if you think this storm was bad, you don’t read much history.

Was Sandy eve a landfalling hurricane when it came ashore. The NHC says it was not.

Comments Off on Unclear on the concept: Darrell West, a warmist director at the Brookings Institution, attempts to use three feet of October snow in West Virginia as evidence that CO2 is overheating the planet |