2010 acceptance speech, after watching Crist go down the drain…

It’s worth the watching …

Pull, altogether now!!! Let go Nancy, or we break your arms off.

Comments Off on Down To The House-Stretch | 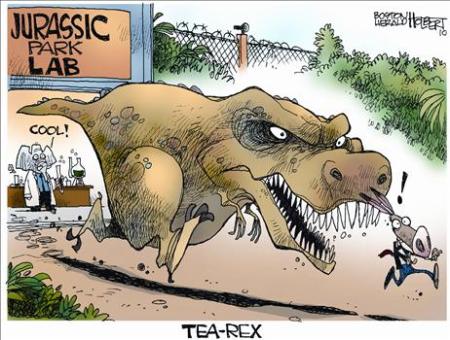 Comments Off on Tea Rex |

Comments Off on Sarah — Interviews Barry |

Comments Off on Gonna Blow | 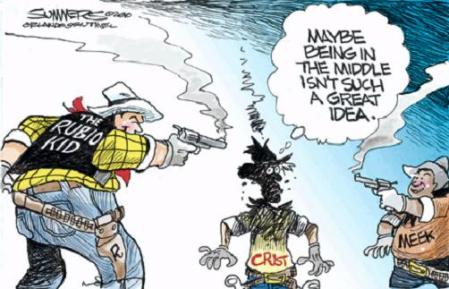 Comments Off on Crist Finds the Middle Left |

Sharron Angle’s lead widens in Nevada, and now this:

Deep resistance to Obama’s agenda has put a West Virginia Senate seat once thought to be safe territory for Democrats in serious jeopardy.

A new Fox News battleground state poll on the race for the seat held by the late Sen. Robert Byrd(D-KKK) for 51 years shows Republican businessman John Raese with a 5-point lead over Democratic Gov. Joe Manchin among likely voters — 48 percent to 43 percent.

In what may be the year’s clearest case of Obama’s downward pull on his party’s candidates, Manchin gets high marks from voters – 66 percent approved of his job performance and 65 percent had a positive view of him personally — but they still prefer Raese.

The cardboard claptrap of lies that is the Democrat party is folding up nicely.