Obama: How To Raise The Oil Price And Raise Gasoline Prices

One of the first actions the Obama team took when it assumed office in was to direct Secretary of the Interior Salazar to cancel 77 shale oil and gas leases in Utah. The next year they canceled 61 onshore leases in Montana. TheGreen River shale formation in Utah, Wyoming, and Colorado, has an estimated 800 billion barrels of oil, which is three times the proven reserves of Saudi Arabia. Federal law prohibits drilling for most of these resources. In the Bakken oil shale formation in the Dakotas, there are an estimated 20 billion barrels of oil.

In the Marcellus shale formation in West Virginia, Pennsylvania, and New York, there
could be as much as 500 trillion cubic feet of natural gas, the largest natural gas field in
the world.

This chart from the US GeologicalSurvey … 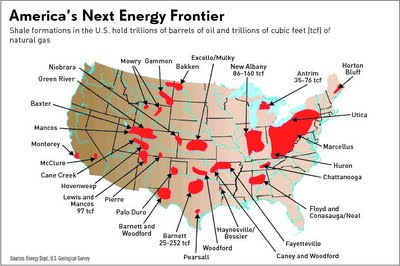 How about that hopey changey thing working out for you? You like the $4 a gallon gasoline? Thank Obama.

As this charts below shows, the USA has all the fossil fuel it needs for 100s of years. 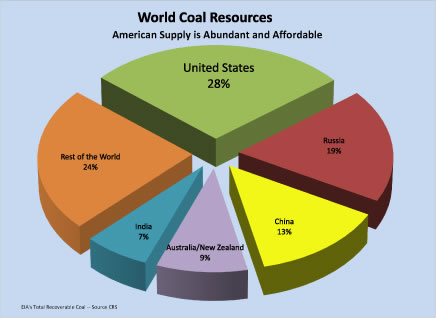 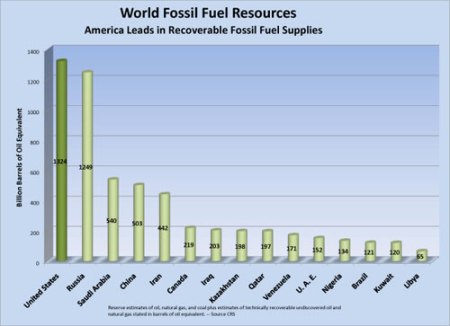 And then the other day Obama said that the USA production of oil is the largest ever. Well that was just a lie …

Peaked with Jimmy Cater as as he shut production down it’s been going down ever since. So isn’t the real question why does the USA give hundreds of billions of dollars to Saudi Arabia each year?

In a story being reported by WDSU, alleging cover-up — A former BP contractor said Friday evening he was dismissed after taking photos that he believes were related to the use of dispersants and to the cleanup of the oil floating in the Gulf of Mexico.

Adam Dillon worked as a liaison on Grand Isle early this summer. He later moved to a position at the BP Command Center near Houma.

In June, Dillon was there when security teams rebuffed WDSU anchor Scott Walker as he tried to speak with workers on a public beach.

But Friday, while driving home to North Carolina, Dillon contacted Walker and said he wanted to talk about his experience.

Dillon said he decided to talk because of what he saw happening in the cleanup effort and because of the way his role in that effort came to an end.

“When you met me (in June), and you were straight with me and I saw the way that you were being treated, I told you I wished I could tell you more,” Dillon said in a satellite interview. “And after the way BP treated me, I’m telling you now that you deserve an answer, and that’s why you’re getting an answer.”

Fracking … And What It Has To Do With Your Energy Future

Environmentalists and the natural gas industry are getting ready for a battle in Congress over something known as hydraulic fracturing. “Fracking,” as the industry calls it, involves injecting of water and chemicals deep underground to pry out gas that’s locked away in tight spaces. One of the “chemicals” used is CO2. CO2 is used to loosen the grip of oil on the surrounding rocks to increase oil production. Oil and natural gas are generally found in the same areas underground.

Environmentalists want the federal government to regulate the practice because, in some cases, fracking may be harming nearby water wells. The industry says regulation should be left up to the states. Proof, we want proof, not anecdotal evidence, as the UN IPCC seems to like to use.

END_OF_DOCUMENT_TOKEN_TO_BE_REPLACED

— As new gas rescues the world … Burning rock, or at least the natural gas trapped within. Natural Gas is Methane, CH4, the lowest from of hydrocarbon. One of the distinct advantages of natural gas is it does not contain the impurities that is dissolved in and carried by oil deposits. So natural gas burns cleaner, by definition. It still emits CO2 in about the same proportions, but it does not emit the other pollutants that are contained in oil, after refining. There is only so much that can be done to filter out the pollutants.

Remember, CO2 is not a pollutant, no matter what the Supreme Court has to say about it. Does your breath kill, well maybe it might offend others but not kill. And the offense is the ‘other’ things contains in your breath, because CO2 is odorless and tasteless. 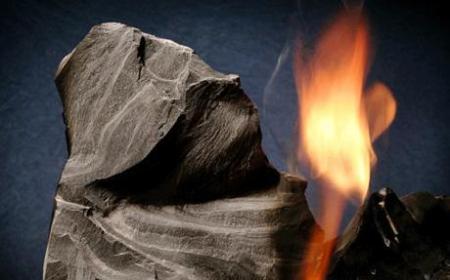 Oil shale is rock containing deposits of oil and is pictured above  burning. END_OF_DOCUMENT_TOKEN_TO_BE_REPLACED

Comments Off on Energy Crisis Is Postponed |

No Oil For America, Oil For Brazil

As of June 30, the stake in Petrobras, as the Rio de Janeiro-based oil producer is known, made up 22 percent of the $3.68 billion of stocks and American depositary receipts held by Soros Fund Management LLC, according to a filing with the U.S. Securities and Exchange Commission.

One Campaign Promise Obama Kept: Shower His Friends with Money

Americans are right to wonder why Mr. Obama is underwriting in Brazil what he won’t allow at home.

Sarah Palin pummeled Team Obama over the news yesterday that they will fund Brazilian offshore oil development and research but deny US companies access to oil deposits off our shores.

The U.S. is going to lend billions of dollars to Brazil’s state-owned oil company, Petrobras, to finance exploration of the huge offshore discovery in Brazil’s Tupi oil field in the Santos Basin near Rio de Janeiro. Brazil’s planning minister confirmed that White House National Security Adviser James Jones met this month with Brazilian officials to talk about the loan.

The U.S. Export-Import Bank tells us it has issued a “preliminary commitment” letter to Petrobras in the amount of $2 billion and has discussed with Brazil the possibility of increasing that amount. Ex-Im Bank says it has not decided whether the money will come in the form of a direct loan or loan guarantees. Either way, this corporate foreign aid may strike some readers as odd, given that the U.S. Treasury seems desperate for cash and Petrobras is one of the largest corporations in the Americas.

Today’s Wall Street Journal contains some puzzling news for all Americans who are impacted by high energy prices and who share the goal of moving us toward energy independence.

For years, states rich with an abundance of oil and natural gas have been begging Washington, DC politicians for the right to develop their own natural resources on federal lands and off shore. Such development would mean good paying jobs here in the United States (with health benefits) and the resulting royalties and taxes would provide money for federal coffers that would potentially off-set the need for higher income taxes, reduce the federal debt and deficits, or even help fund a trillion dollar health care plan if one were so inclined to support such a plan.

So why is it that during these tough times, when we have great needs at home, the Obama White House is prepared to send more than two billion of your hard-earned tax dollars to Brazil so that the nation’s state-owned oil company, Petrobras, can drill off shore and create jobs developing its own resources? That’s all Americans want; but such rational energy development has been continually thwarted by rabid environmentalists, faceless bureaucrats and a seemingly endless parade of lawsuits aimed at shutting down new energy projects.

I’ll speak for the talent I have personally witnessed on the oil fields in Alaska when I say no other country in the world has a stronger workforce than America, no other country in the world has better safety standards than America, and no other country in the world has stricter environmental standards than America. Come to Alaska to witness how oil and gas can be developed simultaneously with the preservation of our eco-system. America has the resources. We deserve the opportunity to develop our resources no less than the Brazilians. Millions of Americans know it is true: “Drill, baby, drill.” Alaska is proof you can drill and develop, and preserve nature, with its magnificent caribou herds passing by the Trans Alaska Pipeline System (TAPS), completely unaffected. One has to wonder if Obama is playing politics and perhaps refusing a “win” for some states just to play to the left with our money.

The new Gulf of Mexico lease sales tomorrow sound promising and perhaps will move some states in the right direction, but we all know that the extreme environmentalists who serve to block progress elsewhere, including in Alaska, continue to block opportunities. These environmentalists are putting our nation in peril and forcing us to rely on unstable and hostile foreign countries. Mr. Obama can stop the extreme tactics and exert proper government authority to encourage resource development and create jobs and health benefits in the U.S.; instead, he chooses to use American dollars in Brazil that will help to pay the salaries and benefits for Brazilians to drill for resources when the need and desire is great in America.

Buy American is a wonderful slogan, but you can’t say in one breath that you want to strengthen our economy and stimulate it, and then in another ship our much-needed dollars to a nation desperate to drill while depriving us of the same opportunity.

Comments Off on No Oil For America, Oil For Brazil |

Coal to liquids, a technology for producing liquid transport fuel from coal — Used by Germany in the second World War, often based on the Fischer-Tropsch process. Not heard of this? Well why do you think that is, given America’s drive to be free of foreign oil, you would expect … But not get.

BILLINGS, Mont. — A Canadian company is acquiring the Australian energy firm that has proposed a $7.4 billion coal-to-liquids plant on Montana’s Crow Indian Reservation.

The Australian Energy Co. last year signed an agreement with Crow leaders to develop an estimated 900-million-ton coal reserve on the reservation.

Now Vancouver-based Terra Nova Minerals Inc. is putting up an undisclosed sum of money for the Australian company — a transaction described as a “reverse takeover” that will leave Australian Energy executives in key leadership positions.

The deal must be approved by shareholders.

I wonder why America, with about 25% of the world’s known coal supplies doesn’t do this? Probably the same reason we don’t drill for our own oil — Democrats and their warped view of the world.

Hey if the AP knows, you would think everyone would.

Comments Off on Coal To Liquids |