It’s Hard To Defend The Indefensible

The bad news with this lie, it takes not intrepretation to see it for what it is … Just a bald faced lie to get the dumb healthcare plan passed …

THE HILL: White House struggles to defend Obama healthcare claim. “The White House on Tuesday struggled to defend President Obama’s 2009 claim that people could keep their old health insurance under ObamaCare as thousands of people received notifications that their insurance companies were dropping their plans.”

Comments Off on It’s Hard To Defend The Indefensible |

How Big Government Works For You

Thanks to ObamaCare, New Yorkers can now get health insurance with rainbow sprinkles.

In yet another bungle for the botched government insurance rollout, the state Health Department has mistakenly listed numerous non-health-related business as enrollment sites — including a Brooklyn cupcake shop that has been besieged by callers.

“I have nothing to do with this,” said Carmen Rodriguez owner of Brooklyn Cupcake in Williamsburg. “I run a very busy establishment, and I’m like, what is going on?”

Comments Off on How Big Government Works For You |

Yep, they knew what the plan was three years ago …

So you tell me were they lying or not…

Another glitch …. But then it got fixed ….

As if the mysterious “glitch” wasn’t strange enough, NBC News — inadvertently or not — later republished the article without the following key paragraph:

None of this should come as a shock to the Obama administration. The law states that policies in effect as of March 23, 2010 will be “grandfathered,” meaning consumers can keep those policies even though they don’t meet requirements of the new health care law. But the Department of Health and Human Services then wrote regulations that narrowed that provision, by saying that if any part of a policy was significantly changed since that date — the deductible, co-pay, or benefits, for example — the policy would not be grandfathered.

It was added back in to the article roughly 30 minutes after it was republished, but the discrepancy was again not noted in the article.

The website Weasel Zippers was able to screengrab both versions, before and after the “glitch.”

END_OF_DOCUMENT_TOKEN_TO_BE_REPLACED

Comments Off on NBC SHOCK REPORT: Obama Administration Knew MILLIONS Would Not Keep Their Health Insurance |

One has to wonder how many other carriers will soon be dropping the hammer on consumers. When all is said and done, 16 million Americans could lose their health insurance thanks to the Obamacare provisions. And that’s before we get to the time when businesses start dropping their own sponsored coverage prior to the employer mandate kicking in come 2015.

Comments Off on Spin, Becomes Lies … |

You Can Keep Your Insurance

As long as it complies with all the government rules … CBS NEWS: Arrival of Obamacare forcing insurers to drop customers with low coverage.

Forgot to tell you about that last part huh …

And your insurance will cost less, unless it costs more …

And then it’s supposed to cost you less … Right!!!

BUT YOU KNOW, YOU GOTTA PAY — ‘CAUSE NOTHING’S FREE!

Comments Off on You Can Keep Your Insurance |

Your health insurance is on the way out …

And what was the point again? 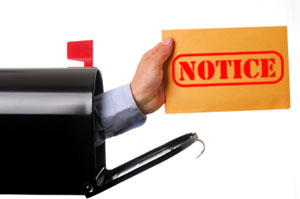 The main reason insurers offer is that the policies fall short of what the Affordable Care Act requires starting Jan. 1. Most are ending policies sold after the law passed in March 2010. At least a few are cancelling plans sold to people with pre-existing medical conditions.

Comments Off on Oh Well |