JAMES CARVILLE ON OBAMA: Nobody’s Gotten Re-Elected With These Kinds Of Numbers

The latest wisdom from Carville …

Democratic strategist James Carville tells radio talk show host Scott Hennen that he is nervous about 2012. Carville says Herman Cain has no chance to be President, called Perry embarrassing and predicted that Romney will get the GOP nod.

“If I were, and I’m not, but if I were a proud principal conservative, I would be humiliated by this field. I really would,” Carville said on the “Scott Hennen Show.” Relevant portion transcribed below:

HENNEN: But that should worry you in a general election, shouldn’t it?

CARVILLE: Let me repeat. Everything worries me in this environment. Nobody’s gotten elected with these kinds of numbers. So, I’m worried in the general election. I profoundly admit that. Again, Romney’s just making a technocratic kind of confidence argument, and he’s really kind of a windsock of a guy. If you don’t like his position on something, give it a day he’ll change it.

Comments Off on JAMES CARVILLE ON OBAMA: Nobody’s Gotten Re-Elected With These Kinds Of Numbers |

As dingy harry plays lamestream goof-ball with the Obama useful idiots. Seriously, it’s not possible that he thinks no one knows, just because the story doesn’t run in his New York Slimes

The Democratic leader, who a day earlier turned away a crafty Republican bid to call a vote on the bill, dropped the surtax into the legislation in an effort to shore up support from Democrats who had voiced concerns with other tax provisions in the bill. Reid instead proposed a 5 percent income tax increase for people making more than $1 million a year.

Boehner spokesman Michael Steel said the surtax is not the way to go.

“Republicans have identified areas of common ground where we can work with the President and Democrats to create a better environment for job creation,” Steel said in a statement. “That should be our focus, not desperate tax hike gimmicks floated to cover up divisions within the Democratic caucus.”

But Reid defended the move, saying: “Even the Tea Party thinks it’s time for millionaires and billionaires to pay their fair share.”

Dingy should go play with the useful idiots in the Wall Street protests. They match his metal ability.

On Tuesday, The Blaze (Obama’s Lawyers Seek to Remove Employment Exceptions for Religious Organizations) reported on “Hosanna-Tabor Evangelical Lutheran Church and School v. Equal Employment Opportunity Commission,” the church and state case that many are calling one of the most important of its kind in recent years.

While this legal battle is far from over, the U.S. Supreme Court, in a separate but related instance, has offered up a major victory to the faith community — Supreme Court Offers Victory to World Vision in Religious Discrimination Lawsuit.

The Supreme Court let stand a 9th Circuit ruling that affirmed World Vision, a Christian aid organization’s, right to fire employees who don‘t share the humanitarian group’s religious beliefs. This, much like the Hosanna-Tabor case, involves the “ministerial exception,” which is a legal doctrine that provides protection to churches and religious institutions, alike, from government intervention in employment decisions.

In describing how faith plays into the organization’s hiring process, World Vision’s U.S. president, Richard Stearns, said in a statement on Monday that it is “…vital to the integrity of our mission to serve the poor as followers of Jesus Christ.”

In this particular case, the former employees who were suing the organization had initially signed a statement of faith (a document that reaffirms that they believe in Jesus Christ and the elements embraced by the organization). But when they could no longer claim that they adhered to these values, they were terminated.

The argument here, as in the Hosanna-Tabor case is that the organization, which involves itself in economic development and disaster relief activities, isn’t entirely a religious organization. Thus, in the eyes of the terminated employees and their legal team, the organization wouldn’t be exempt from Title VII of the 1964 Civil Rights Act (which forbids religious discrimination). By not hearing the case, though, the Supreme Court offered up a victory to World Vision.

So why does Obama not like the ‘discriminatory religious doctrine’ that church faith organizations can hire and fire based on the employees religion?

Obama’s Math: By The Numbers

Comments Off on Obama’s Math: By The Numbers |

To the dismay of consumer groups and the discomfort of Democrats, President Barack Obama wants Congress to make it easier for private debt collectors to call the cellphones of consumers delinquent on student loans and other billions owed the federal government.

The change “is expected to provide substantial increases in collections, particularly as an increasing share of households no longer have landlines and rely instead on cellphones,” the administration wrote recently. The little-noticed recommendation would apply only to cases in which money is owed the government, and is tucked into the mammoth $3 trillion deficit-reduction plan the president submitted to Congress.

Despite the claim, the administration has not yet developed an estimate of how much the government would collect, and critics reject the logic behind the recommendation.

Comments Off on Obama Proposal: Seeks Cell Phone Users To Be Accessible By Debt Collectors |

President Obama will raise substantially less in the second quarter of his campaign than the first, according to the New York Times.

The paper writes that Obama campaign manager Jim Messina has told Democratic officials that the president will raise about $55 million in the quarter that ends Sept. 30, about $30 million less than he raised the first quarter of his campaign – which was the second quarter of the year, ending June 30.

The news was – gosh who would have expected – buried within the Times story.

No doubt, $55 million is a lot of money. But something’s not right.

The Jews did it … REVENGE OF THE JEWS

Comments Off on Democrats Lose Seats In NY-9 And Nev |

Obama’s Pet Billionaire at Solyndra May Take White House Down

As you may have noted, green energy is turning quickly into Green Fraud

A high profile, politically well-connected California solar energy company that had won a $535 million loan guarantee from the Obama Administration declared bankruptcy earlier this month and closed its doors sending 1100 workers to the unemployment line. The demise of Solyndra has already sparked an FBI investigation, congressional hearings, and raised numerous questions of political cronyism and corruption connected to the highest levels of the Obama Administration.

While the White House and Congressional Democrats feign surprise at the collapse of what was described as “the most hyped startup in the crowded Solar Energy field,” it appears Obama Administration representatives were either easily duped or willingly blind to the facts. ABC News reports that Department of Energy officials have been regularly attending Solyndra board meetings for months as the company “careened towards bankruptcy” after blowing through the more than half a billion taxpayer dollars.

Early press reports following Solyndra’s bankruptcy announcement disclosed that hundreds of thousands of dollars were contributed by shareholders and executives of Solyndra to the Obama 2008 campaign. One of the company’s largest investors, George B. Kaiser of Tulsa, reportedly contributed $53,500 personally and bundled large amounts more for Obama in 2008. Kaiser is a billionaire with banking and oil and gas interests that rank him among the wealthiest people in the world. Kaiser also visited the White House 16 times between 2009 and 2011

Solyndra LLC’s workers making solar-power panels in a California factory subsidized by U.S. taxpayers showed “the promise of clean energy isn’t just an article of faith,” President Barack Obama said on a visit to the company in May 2010.

Two months before Obama’s visit, accounting firm PricewaterhouseCoopers LLP warned that Solyndra, the recipient of $535 million in federal loan guarantees, had financial troubles deep enough to “raise substantial doubt about its ability to continue as a going concern.”

The Obama administration stood by Solyndra through the auditor’s warning, the abandonment of a planned initial public offering and a last-ditch refinancing where taxpayers took a back seat to new investors. That unwavering commitment has come under increasing scrutiny since the company’s travails culminated in its filing for bankruptcy protection on Sept. 6 and a raid on its headquarters by the Federal Bureau of Investigation two days later.

Would it really surprise you to find out that where there are government green energy subsidies, there’s also rampant cronyism?

The most recent suspected case of green energy cronyism is Solyndra, the solar panel company which declared bankruptcy after receiving a half-billion dollar subsidy from the U.S. taxpayers. The company is coincidentally largely owned by Obama fundraiser George Kaiser, who coincidentally has visited the White House a reported 16 times since 2009. 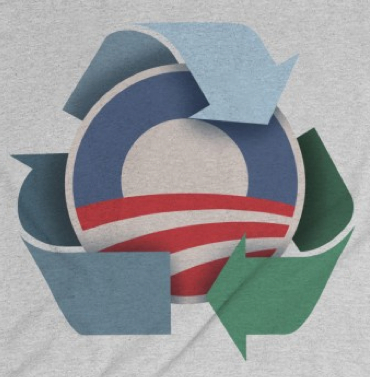 Democrat's The Money Go Round

Read the rest at The Blaze

Want more, read this at the NYTimes — “Democrats Fret Aloud Over Obama’s Chances”

Worry worry everywhere … Who thinks the results will be better for the Democrats in 2012 than they got in 2010?? Why?

Comments Off on Surprise: ‘Green’ Jobs Fraud Not Limited To Solyndra |

Solar panel firm Solyndra was in the news a lot this week after the company announced it would declare bankruptcy just months after receiving millions of dollars in government grants. And as if that weren’t news enough, the FBI also got involved this week, raiding Solyndra’s offices looking for… well, no one’s quite sure at this point.

The plot continues to thicken and as the larger story develops, but it’s important to remember that aside from the legal implications behind any wrongdoing, there’s also a political backstory playing out here.  Thankfully, to spell it all out for us, blogger Zombie has compiled a helpful “Solyndra for Dummies” guide. 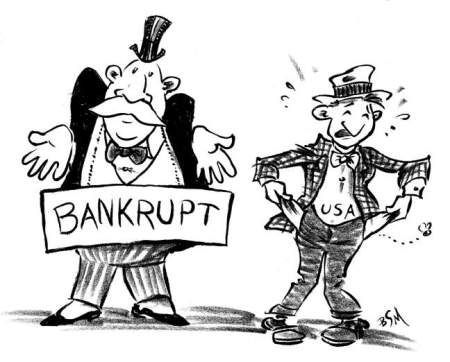 Comments Off on WaterGate II? …. ‘Solyndra for Dummies’ |